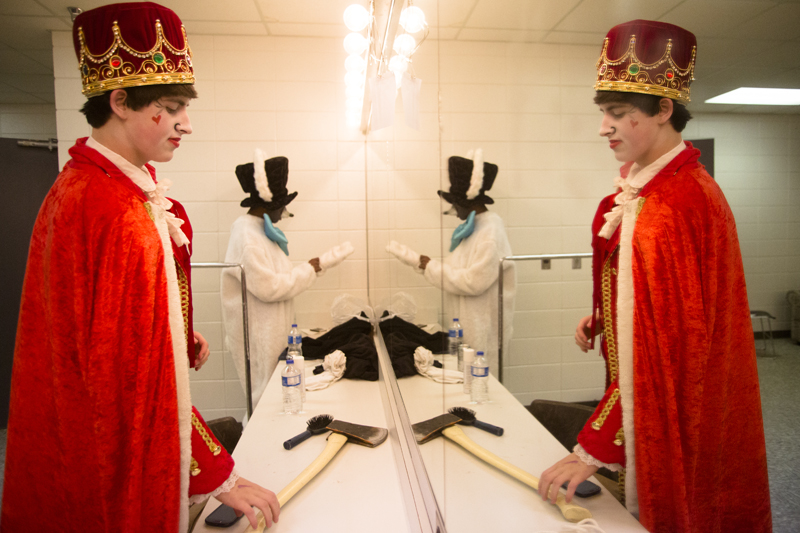 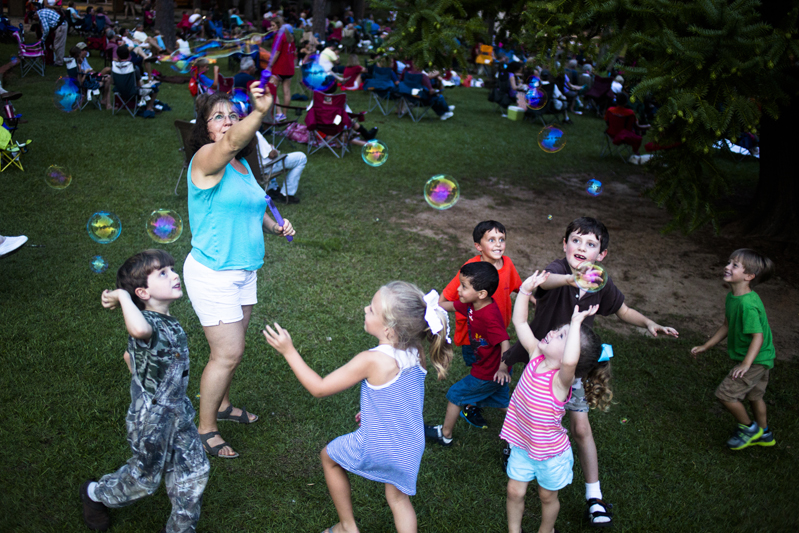 Wendy Rodgers makes bubbles as a group of children chase them during "Summer Swing" featuring the band Martha's Trouble on Tuesday, July 30, 2013, at Municipal Park in Opelika, Ala. Laura Leigh Pierce of the Opelika Parks and Recreation Department said about 450 people attended the event, which the department sponsors. 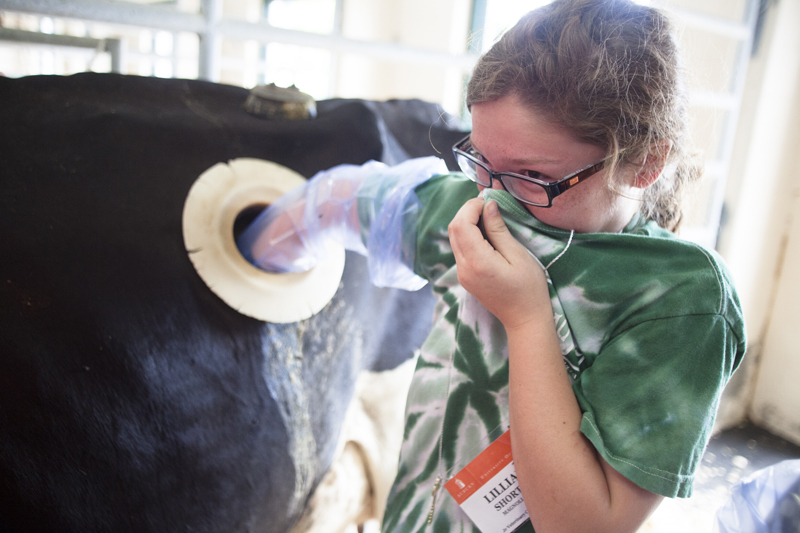 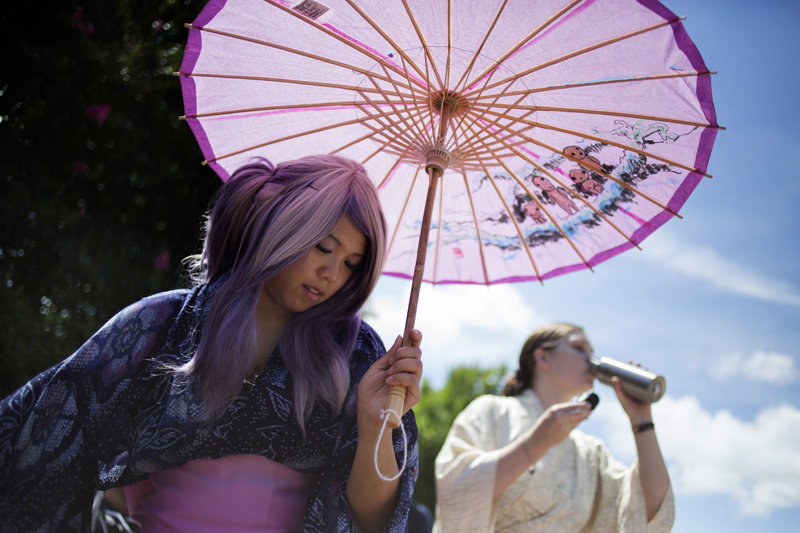 Charlene Mandiola, junior, and Samantha Kelly, senior, man the "Cosplayer's Association @ Auburn" booth Thursday, Aug. 22, 2013, during the first week of school at Auburn University in Auburn, Ala. The club is centered around making costumes and dressing in them. 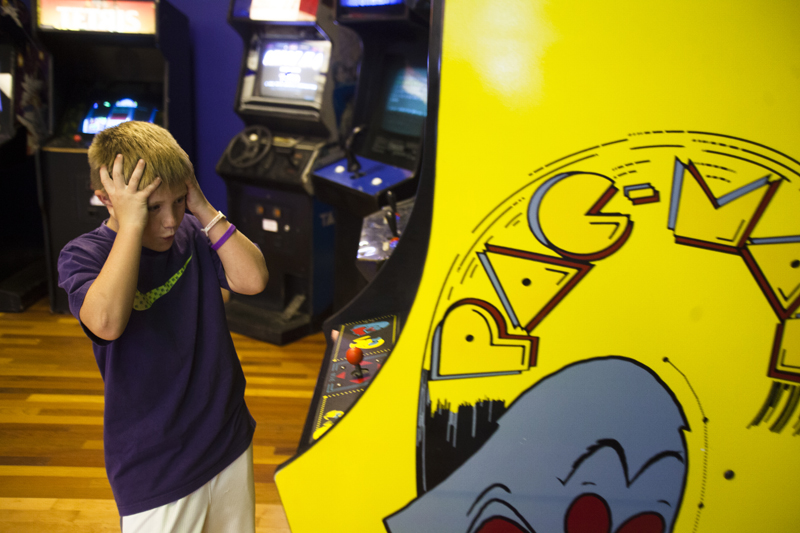 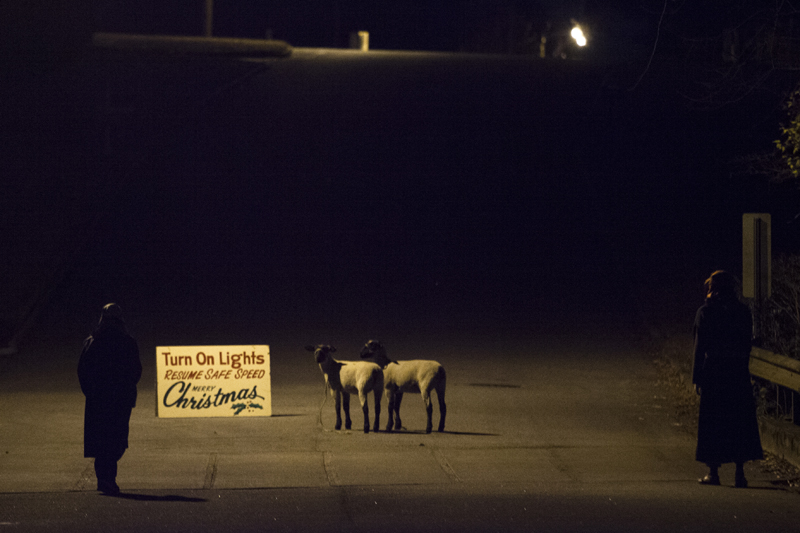 Patrick Royal, 12, right, and Adam Cason, 12, attempt to corral two sheep that escaped while performing at a live nativity during the Collinwood Luminaries on Tuesday, Dec. 17, 2013, in Opelika, Ala. 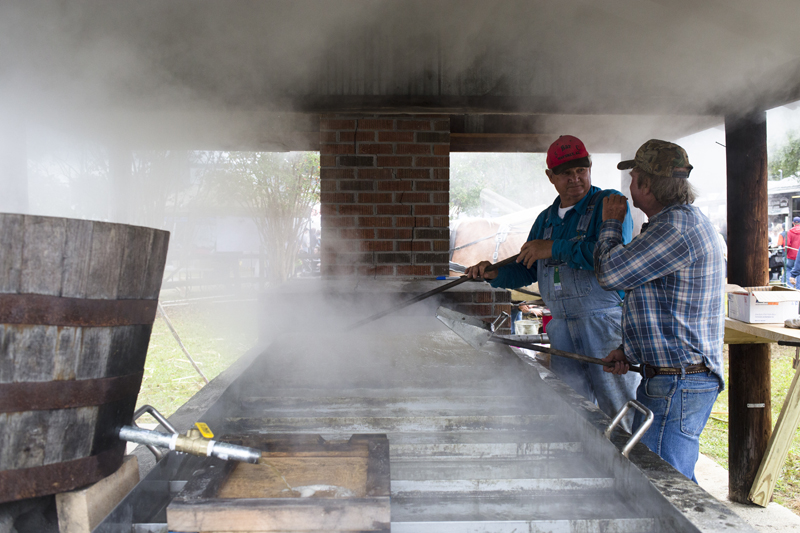 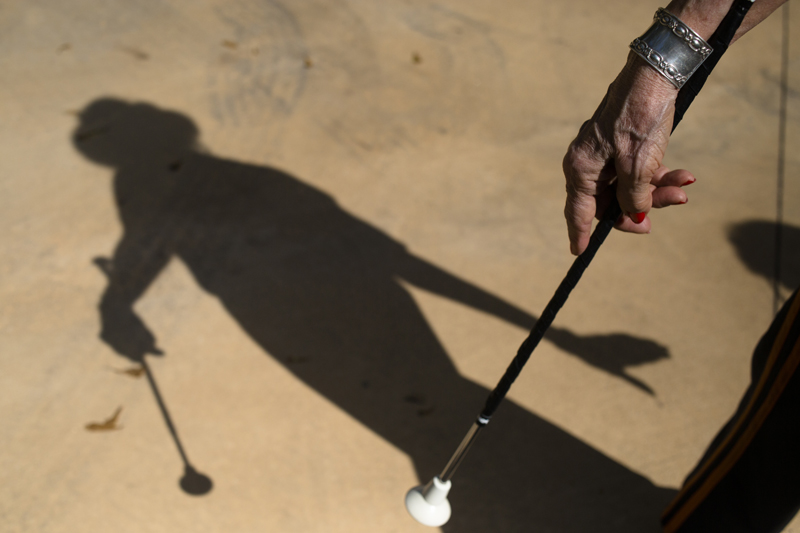 Gayle Culver Hammitt, former Auburn Majorette, practices in her backyard Friday Oct. 11, 2013, in Auburn, Ala., for the Auburn Alumni band performance. The Auburn Alumni band will perform with the band on Saturday during halftime of Auburn's football game at Jordan-Hare Stadium. 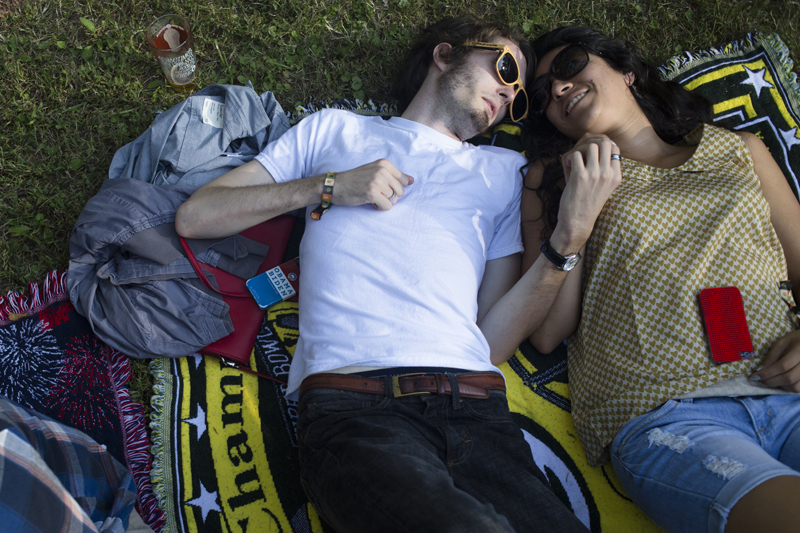 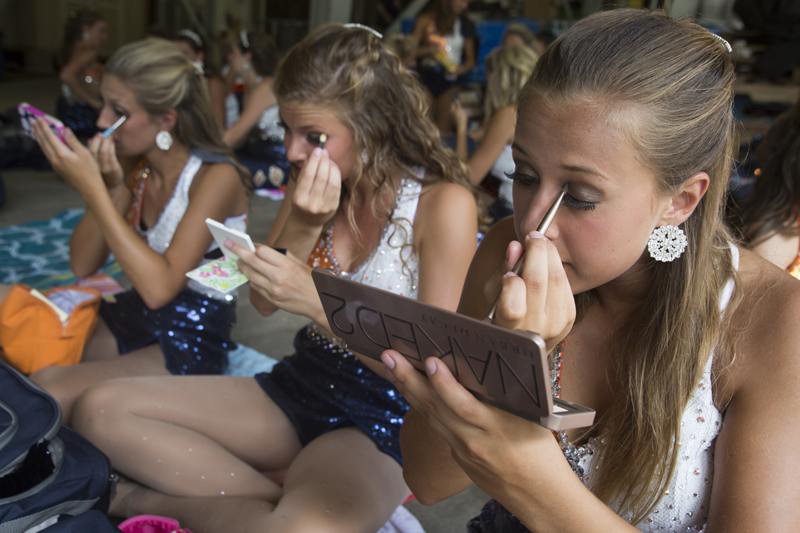 Tiger Eyes Dance Team members, from right, Karly McCollum, sophomore, and Jessie Garrison, freshman, put on makeup while preparing for the Tiger Walk with other members before the Auburn vs. Washington State game Saturday, Aug. 31, 2013, at Auburn University in Auburn, Ala. 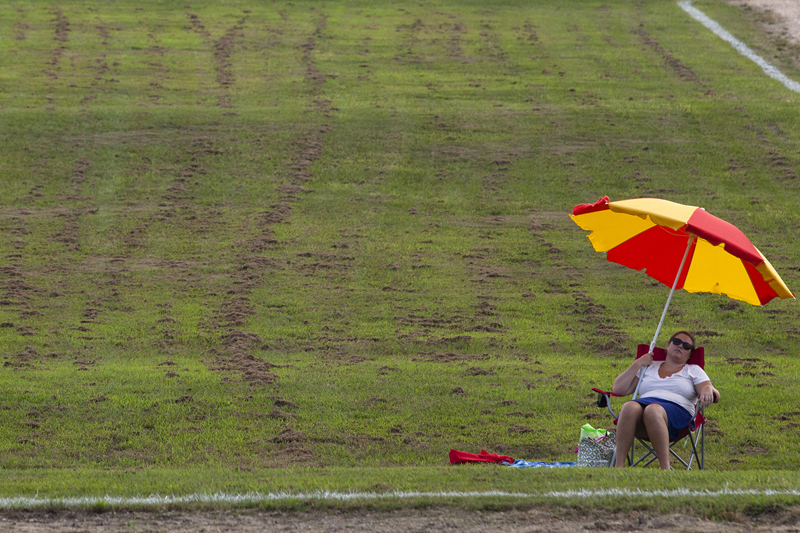 Vivian Mertins saves a space for an RV while preparing for tailgating Thursday, Aug, 29, 2013, on a South Donahue Drive field on Auburn University's campus in Auburn, Ala. 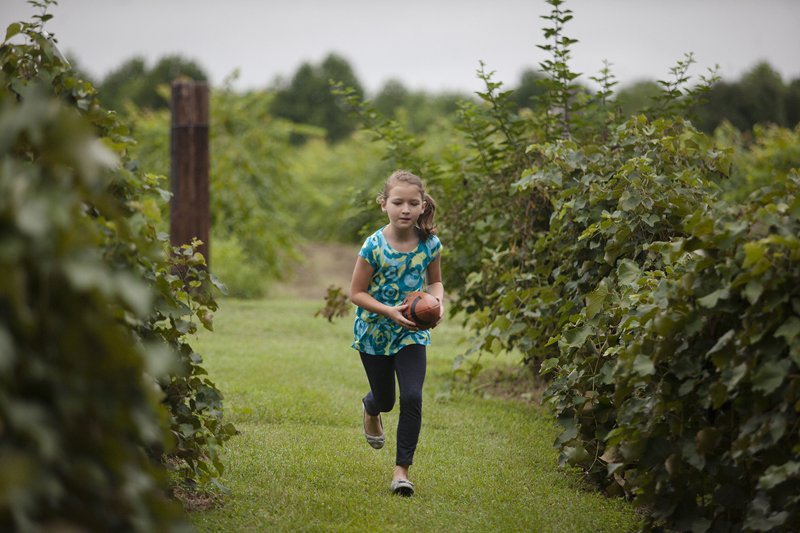 Meg Ledbetter runs in between conquistador grape plants in Whippoorwill Vineyard while playing tag Saturday, August, 17, 2013, during customer appreciation day at the vineyard at 4282 County Road 31 outside of Notasulga, Ala. 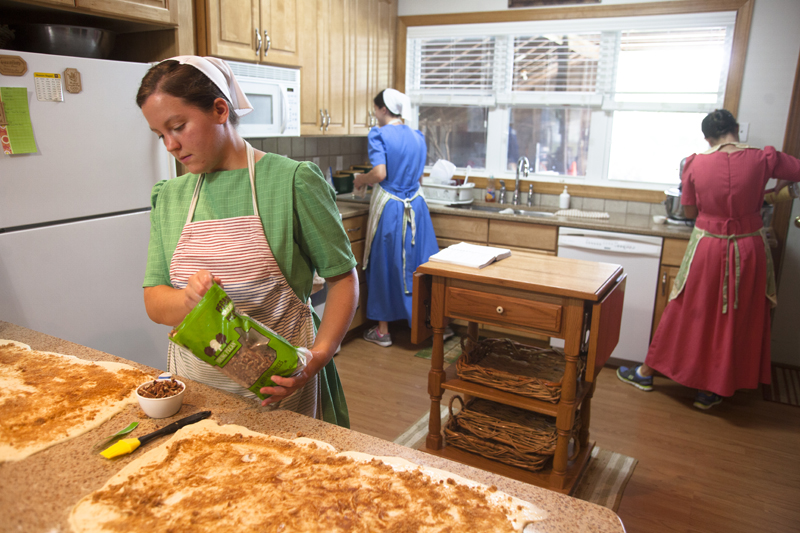 From left, Mary Freeman makes cinnamon rolls while her sisters Anna Freeman, 16, and Liana Freeman, 13, make other baked goods to prepare for the Opelika Farmers Market on Monday, June 13, 2013, at their home in Lee County, Ala. 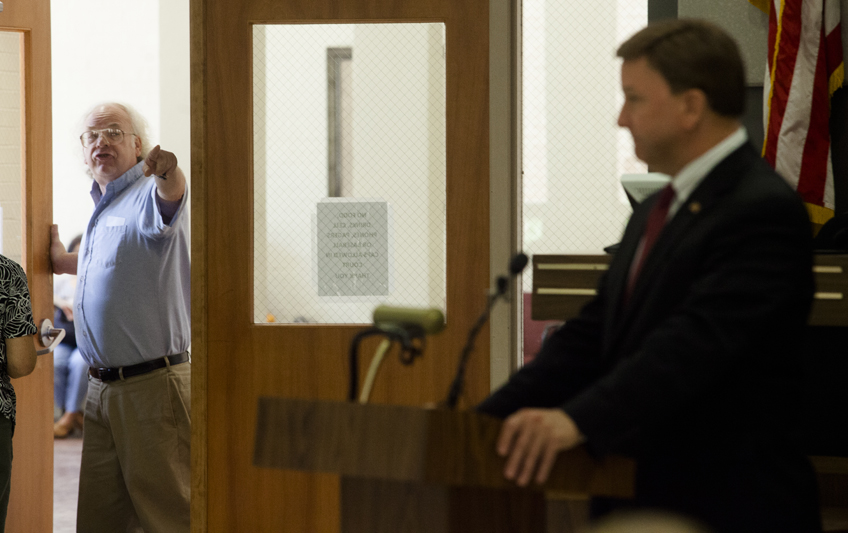 John Mullins, left, owner of Collectors Corner, tells Congressman Mike Rogers that the sequester that Rogers voted for is killing his business Tuesday, April 30, 2013, at the Auburn Municipal Courtroom in Auburn, Ala. 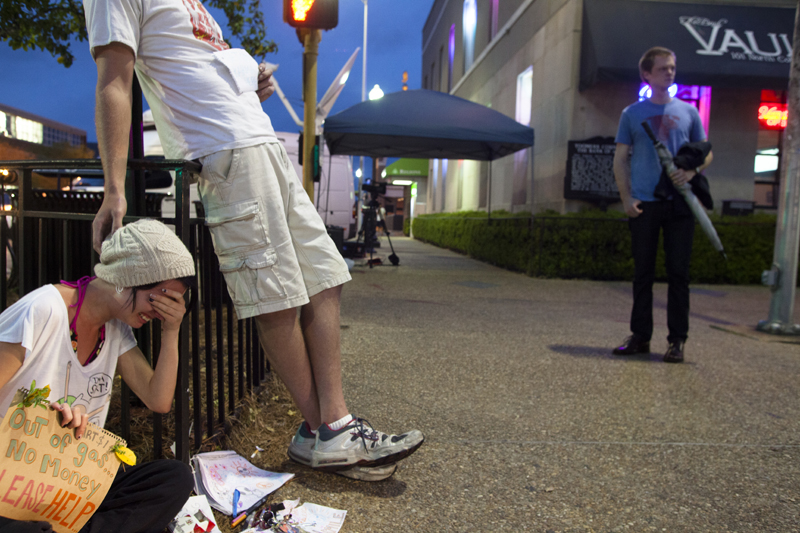 Tina Saulnier, a junior at Kennesaw State University, cries while her boyfriend, Chris Burton, comforts her Thursday, April 11, 2014, on East Magnolia Avenue and College Street in Auburn, Ala. Saulner said they were attempting to get gas money so they could drive back to Kennesaw, Fla., after running out of gas in Auburn driving from Florida. Saulner started crying after a passerby said, "Try getting a job." Saulnier said, "I have a job." 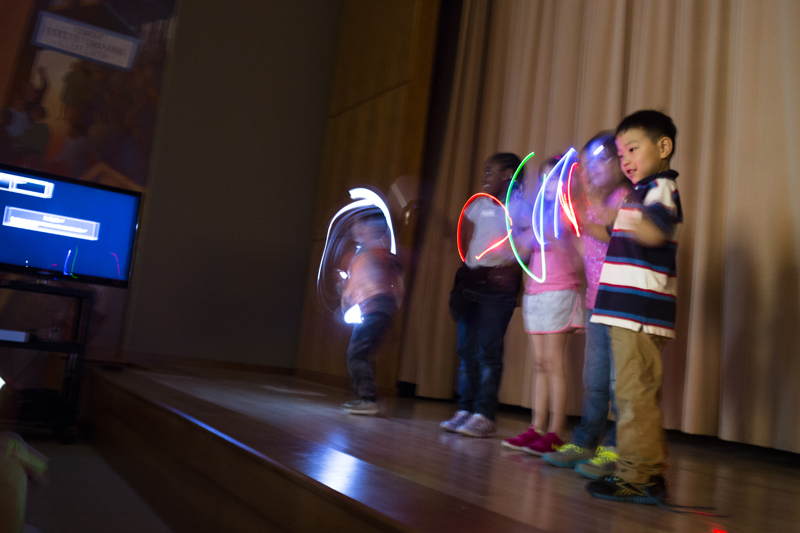 Hoy Eon Wee, right, and other Auburn Early Education Center first grade students use lights and a camera set on a slow shutter speed to make art during a class field trip to the Jule Collins Smith Museum of Fine Art on Wednesday, April 2, 2014, in Auburn, Ala. 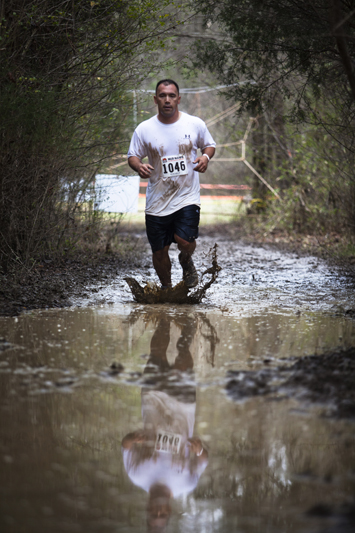 Eddie Barba runs through a trail in the woods during one of the Mud Mania 5k outdoor obstacle adventure race heats Saturday, March 23, 2013, at FAD J Farm in Lee County, Ala. 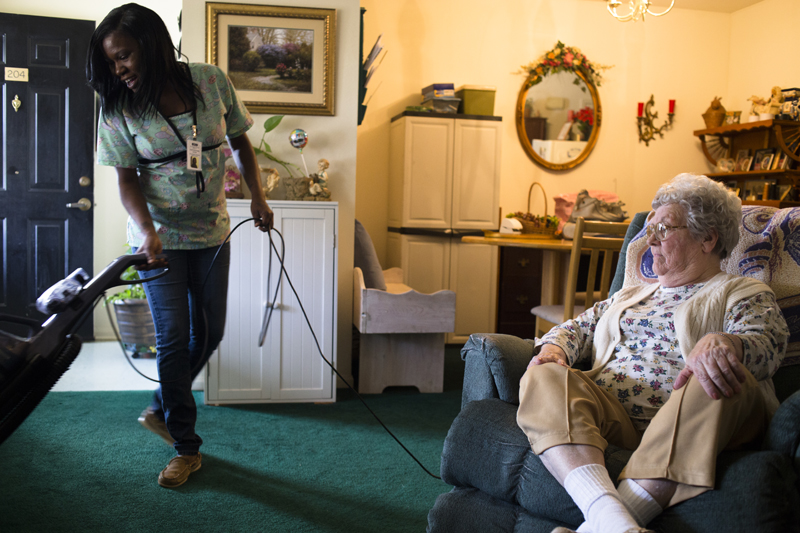 Martha Farrell watches as Mashaun Palmore, a certified nurses assistant with East Alabama Services for the Elderly, vacuums Farrell's apartment Friday, March 7, 2014, in Opelika, Ala. Farrell, who requires long-term care, remains in her apartment instead of going to a nursing home through the Medicaid Waiver program. The program supplies in-home care that allows her to remain in her own apartment. 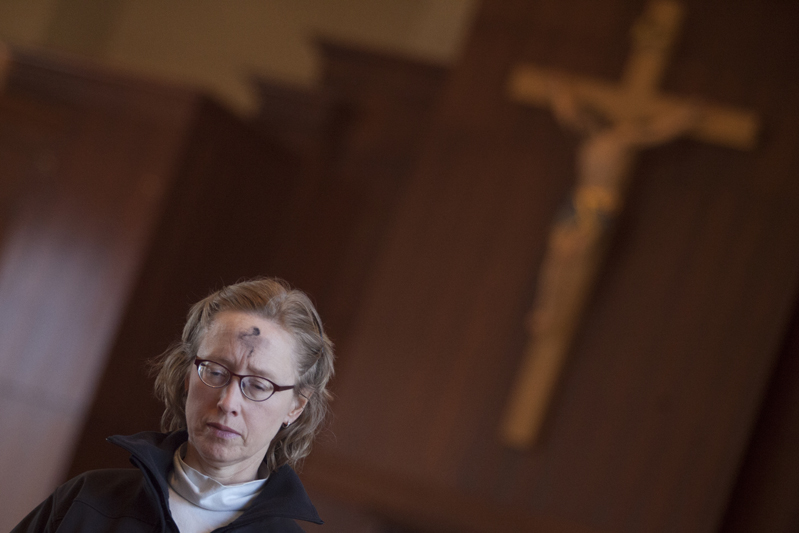 Leslie Farrington, St. Michael's Catholic Church parishioner, walks back to her pew after receiving ashes during the Celebration of the Mass on Ash Wednesday on March 5, 2014, at the parish in Auburn, Ala. 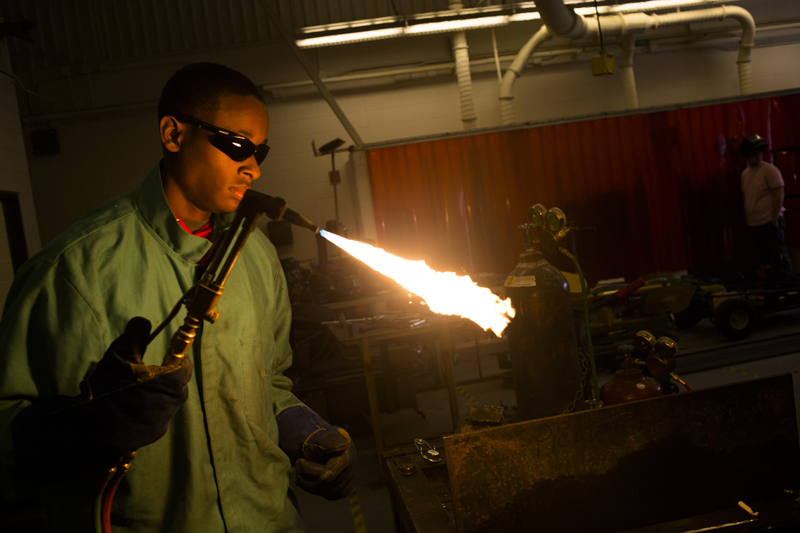 Sedrick Mack prepares to weld a piece of metal during a welding class Tuesday, Feb. 18, 2014, at Smiths Station High School in Smiths Station, Ala. 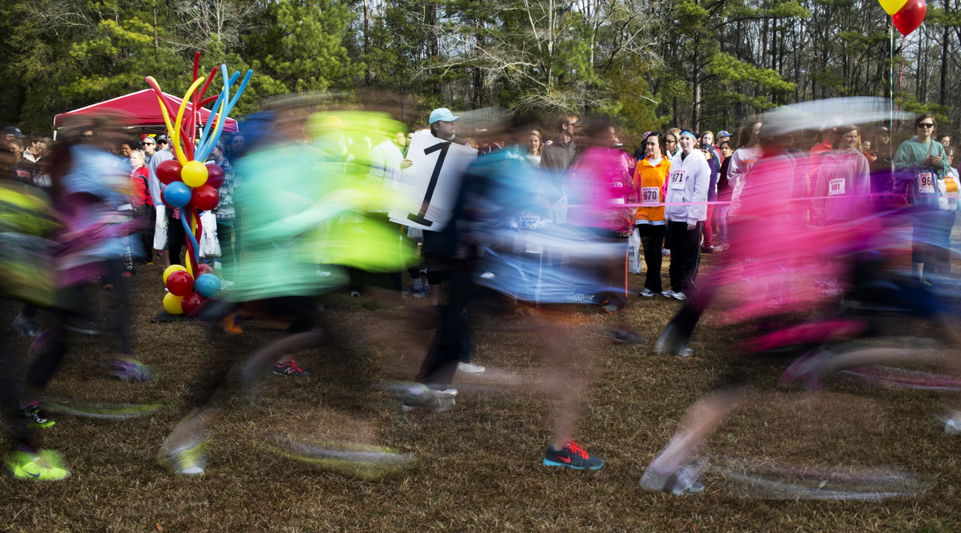 Participants start a one-mile run to benefit those with special needs during the 25th annual Love Your Heart Run and 7th annual Crank Your Heart Ride event Saturday, Feb. 22, 2014, at Chewacla State Park in Auburn, Ala. The event is held by The Exceptional Outreach Organization to fundraise for people with special needs who participate in Special Olympics of Lee County, Best Buddies of Auburn University and City of Auburn Parks and Recreation Therapeutic Summer Camp. 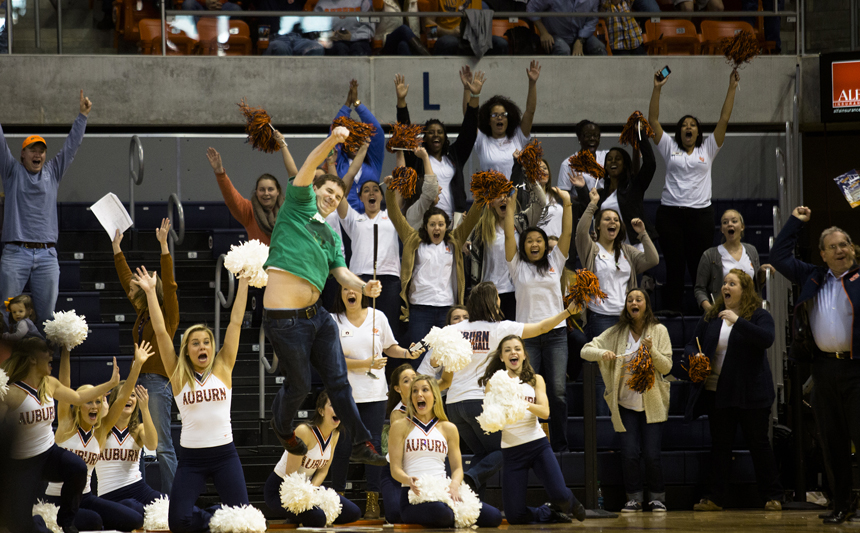 Patrick Burch reacts to winning a Toyota Scion by hitting a full-court putt during the NCAA men's basketball game between Auburn and Mississippi State on Saturday, Feb. 15, 2014, at Auburn Arena in Auburn, Ala. 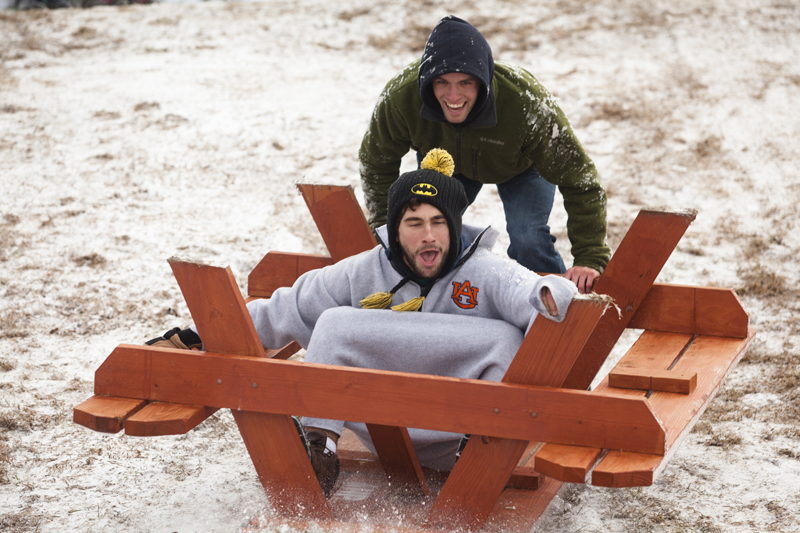 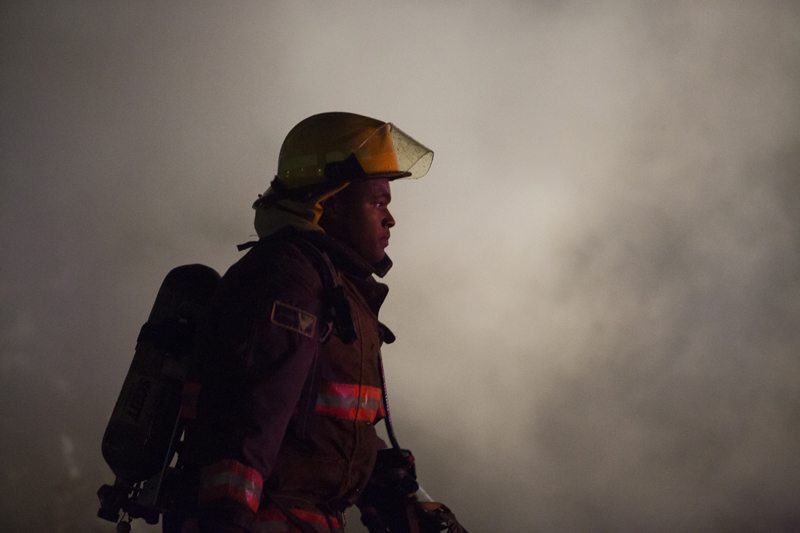 Southwest Fire Department and Auburn Fire Division firefighters work to extinguish a trailer fire at Tiger Trailer Park at 1945 Lee Road 147 Lot 33 on Friday, Jan. 10, 2014. Anginette Tinsley and her daughter lived at the residence which was destroyed by the fire, along with her belongings. 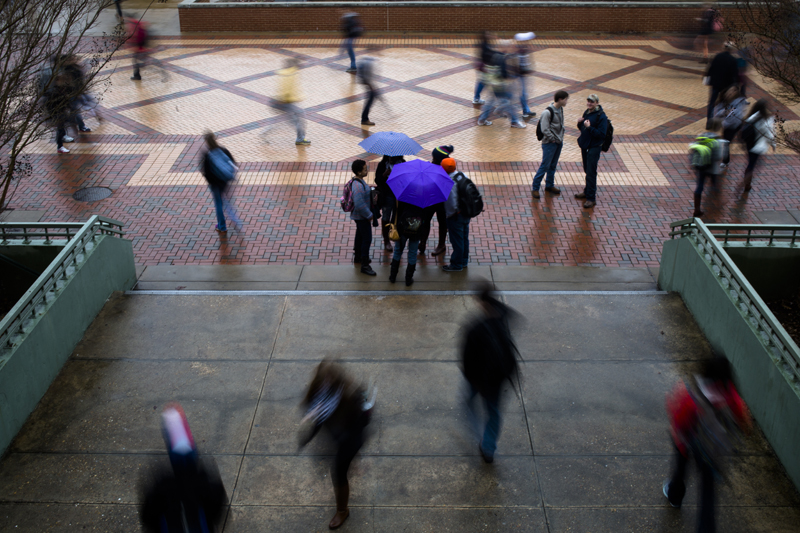 Students leave the Haley Center during a class change Friday, Jan. 10, 2014, at Auburn University in Auburn, Ala.